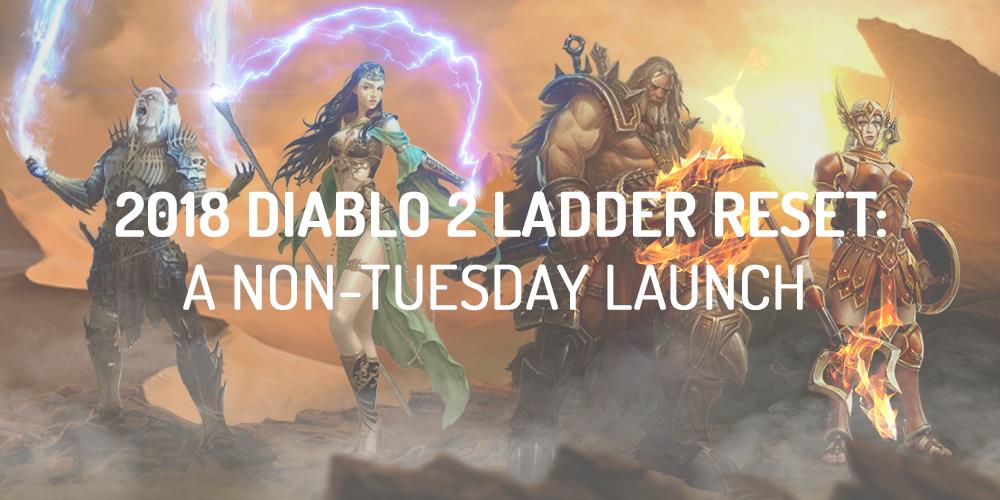 Welcome fellow Nephalim! If you’re returning to Diablo 2’s Ladder community after a break or joining us for the first time, this article is just for you.

To further maximize your time this weekend, we’ve put together a suggested build path for the 22nd season of D2’s Ladder.

In any ARPG, loot is king, and every D2 veteran knows ‘Magic Find’ (MF) will get you to the endgame faster. Obvious to some, this strategy will require another account on Battle.net to trade the items to your main account. Some items and runes listed below can take literal years of grinding to drop, Tyrael’s Might and the runeword “Zun”. Tyreal’s Might has a .00002% drop rate and is only dropped by Baal, and Zun has a drop rate of 12 out 1,000,000 drops meaning it has a .000012% drop rate. If you don’t have years or access to another account, Yesgamers can provide both the items and the Mule to get your character the extra edge they need.

Get ready to farm, farm, farm all day long. Sorceresses have access to Teleport, which will get you where you need to get quickly without the need for the runeword “Enigma”. Remember maximizing your MF is key to the character, however if you can’t kill monsters/bosses quickly you’ll find yourself falling behind on the ladder.

Balancing MF, against other possible traits (damage and survivability), on your gear and on your mercenary can be accomplished in a few different ways. We suggest snagging a Tal Rasha’s Set (Helm, Belt, and Armor), War Traveller’s Boots, any Monarch type shield (the easiest to socket 4 syllable runewords), and Mage’s Fist gloves. Rings, amulets, and charms are interchangeable but focusing on MF and cold damage is key.

The only exception to the rule is Fireball; this will be your main damage to bosses, as you can get 2-3 off in between Blizzard casts. Also it benefits from Tal’s set bonuses, and is accessible early on in the game, so you’ll minimize wasted skill points. Max your vitality each level, you’re farming not PvP-ing or going for DPS.

Suggested skill distribution is as follows:

Cold Armor: Your survivability, 1 point for every 3 you have in Blizzard. Shiver Armor is a better skill, the decision to use it is up to you, but remember this is a farming character not your main.

Cold Mastery: 1 point for every 3 points you have in Blizzard.

Teleport: 1 point, because each subsequent point only reduces the mana cost.

Easy to build, Leaf is made of two runes Tir + Ral and should give a nice boost to your fire damage for easier boss rushing/clears. Do NOT put this into Monarch, as there aren’t any other items that have as many sockets as the shield. Save Monarch for late game Runewords depending on your play style.

+3 to Inferno (Sorceress Only)

+3 to Warmth (Sorceress Only)

+3 to Fire Bolt (Sorceress Only)

+2 to Mana after each Kill

MF on your mercenary’s kills use your character’s (no matter the class) MF and the mercenary’s MF combined. Also using a ‘Prayer’ (healing) act 2 mercenary is suggested.

This is not a PvP build, most Barbarians are built and kitted to eat your lunch even if your sorceress was built for damage. Do not engage, this is your farming character, and you don’t want to waste time fighting an uphill battle.

Over 40% of loot is found in other places than chests and drops from battle, turn over every rock and break every urn.

Learn your Runes and Runewords. Late game, every character build is dependent on Runes. Save every Rune you find, and learn what words they can be turned into. Also save your opportunities to add a socket to an item, this will help with later headaches.

‘Barbarian versus Caster’ builds have few counter builds and are the one of the most played PvP characters in D2’s ladder community. Due to the desync issue of their main damage skill, Whirlwind, you can either abuse desync or counter by using damage types the tanky Barbarian has no inherent resistances for.

BvCs are also completely countered by a ‘Barbarian versus Barbarian’ build.

Each build has countless variations, due to Charms and Runewords, be sure to mold each build to your play style if you run into issues like low mana or getting one-shotted by monster mobs.

Arguably the only caster that can stand toe to toe easily with a BvC. High DPS, the lack of resistance to your main damage type, and survivability combine easily to conquer BvCs in most altercations. You’ll be maxing your Dexterity (Primary) and Vitality (Secondary) each level to keep your Bonemancer tanky. Items will keep your DPS up with fast cast times, and extra synergy into your main damage type.

As before rings and amulets are interchangeable.

Bone Spirit: Max second, your late game missile that locks onto the target. Also has Crowd Control by stunning a bit on-hit.

Clay Golem: 1 point, this is going to be your buddy keeping you alive by slowing enemies.

Revive: 1 point with 1 point in each skill required to unlock it. Revive will provide you more a meat shield while duking it out with other players or monsters.

Optional, as they’re most useful in party situations or Lagamancer (Summoner Necro, also fun for adding to the Whirlwind desync) builds.

What’s more fun than teleport-punching enemies like Scorpion from Mortal Kombat? Not a lot. Tele Zeal/Smite Paladins can also utilize Charge, instead of the runeword “Enigma”, to further add to a BvC’s desync. Keep in mind the “Enigma” runeword is hard to build and find components for, buying it outright will save a lot of time.

Smite is a shield based attack that hits every time, no roll required.

Zeal hits with your weapon, in an area to multiple enemies each animation.

Word to the wise, you can kill yourself by teleporting on an enemies with a thorn aura, using zeal, and kill yourself in splash back damage. Look before you teleport on tankier classes, and Charge down the rest.

You cannot build for both, however they do utilize the same items in their build. Smite Paladins are the most common; Zeal Paladins are rare and used for PvP.

You’ll be maximizing your Dexterity and Vitality primarily, and only putting points into Strength to equip your items.

As before rings and amulets are interchangeable.

Sacrifice: Maxed only due to synergy with Zeal.

Zeal: Max first, this is your main damage output.

Holy Shield: Max late game, with one point in each skill needed to unlock it.

Fanaticism: Maxed, with one point in each skill needed to unlock it.

Smite: Max second, this is your main damage output.

Holy Shield: Max first, with one point in each skill needed to unlock it.

Fanaticism: Maxed, with one point in each skill needed to unlock it.

Thanks for reading, and to the veterans who never took a break in playing, we’d love to hear your comments and suggestions to returning/new players below: a growing player base keeps our community strong. 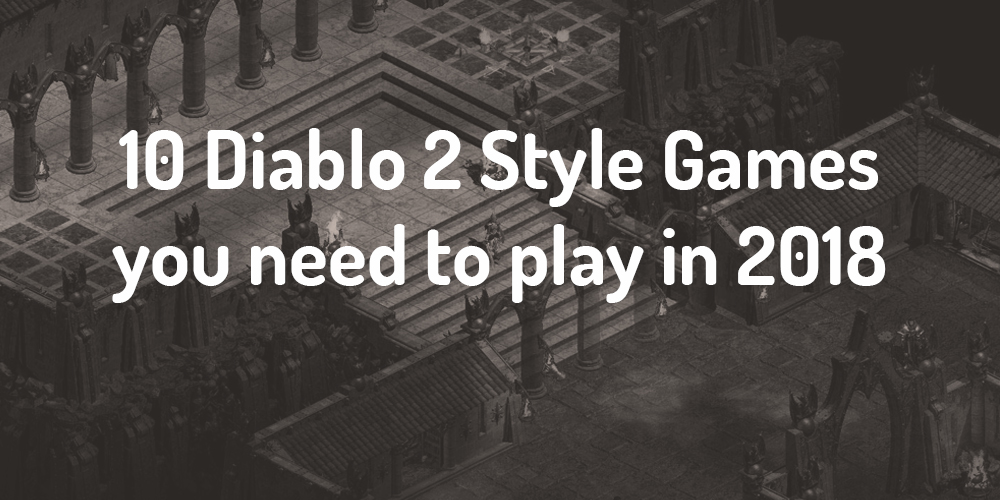